Can audio attract rails to habitat? A fieldwork reflection 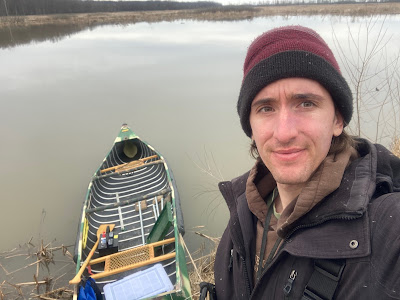 Can rails, a group of marsh birds, be attracted to appropriate Great Lakes coastal wetland habitat during spring migration by speakers that are broadcasting rail calls? That is the research question that I’ve been focusing on as a MISG Graduate Research Fellow. Now that the 2022 field season is over, I’m preparing to do my best to answer this question by analyzing data that I’ve collected in the field.
When I don’t tell myself to slow down, often I find myself moving forward to the next goal and forgetting what got me to where I am. For example, I might become laser-focused on completing steps needed to publish a scientific article after I’ve done the hard work of designing an experiment and collecting data. However, I’ve decided to take the time to reflect upon some initial field experiences that led to my current point of this research project. It has been an adventure!
My goal was to get audio playback equipment set up in the marsh before the rails were migrating north this spring. That way, the nightly audio playback would be ready for them when they arrived from the south during their nocturnal migration. So, that meant that I had to get myself and the equipment out into the icy marsh in March (which I thought of as "marsh madness!").

Luckily, my dad offered his skills and designed a platform system for the audio gear which could easily be assembled and disassembled: 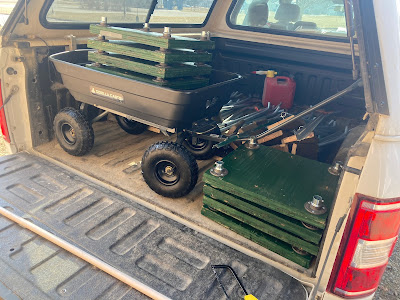 So, I was able to cut my way through the ice in a canoe and then assemble the platform for the audio gear in the marsh. Here is what an assembled platform, in the marsh, looks like: 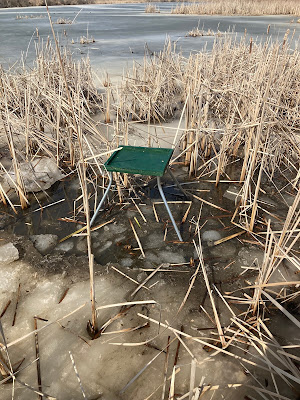 I got some of these platforms set up on March 17, well before I expected the first rails to arrive. This allowed me to test them out and to make sure that the ice wouldn’t shift and break the platforms, etc. I also expected that there could be spring flooding. However, I didn’t expect that the flooding would be as extreme as it was! This is what I saw on March 25 when I was trying to access one of my field sites: 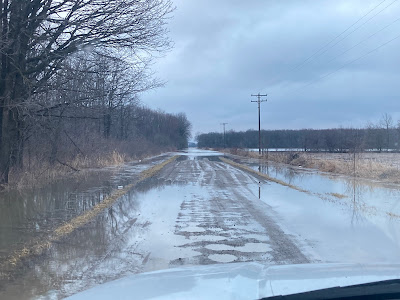 So, for the day, I didn’t access that site. I drove to a nearby site and went out into the marsh and set up some more platforms as well as a couple autonomous recording units (ARUs). My plan was that by having these recording devices deployed, I’d be able to better pinpoint when the rails arrived. When I came back the next week, I was shocked to see that the already-high water had risen another 2 feet! As you can see in this picture, my platforms were submerged and my ARUs narrowly avoided inundation. 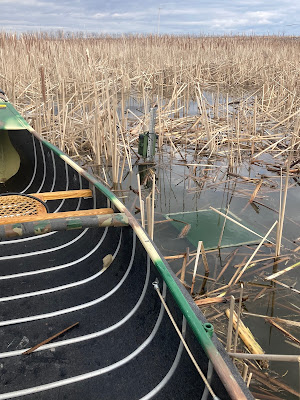 For me, this was an important lesson about how dynamic wetlands are. Water levels can change fast. And year-to-year conditions are often different, which could be one reason that rails might need to pay attention to the calls of other rails when trying to find appropriate habitat (which there isn’t much of anymore) in a given spring. With my understanding of water level fluctuations better established, and some new sites chosen, I set up my audio playback gear on the platforms and (I think) succeeded at getting the calls going before the rails began arriving. Here is a playback station with the speaker, timer, and battery in a secure plastic tote: 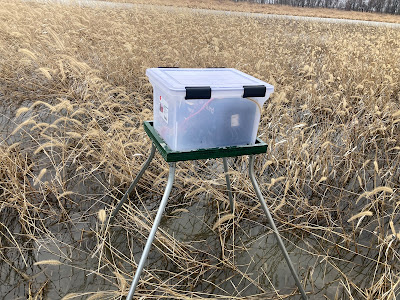 For the rest of the field season, everything was more or less "smooth railing." Every week I arrived to my study sites before sunrise and then got to spend a morning with the birds. I hope that my time in the field will help determine if more rails occurred near the audio playback stations compared to sites where nightly audio playback didn’t occur. If so, that could indicate that audio playback might be a helpful tool for guiding rails to appropriate habitat. I look forward to finding out!
If you are interested in learning more about this research, and don’t want to wait for the scientific article that I’m working on, you can check out this story by Interlochen Public Radio: Thin As A Rail | Interlochen Public Radio.
Posted by Geneva Langeland 6 comments: